While I found The Verge’s post interesting and agree with their suggestions the one thing I find missing most of all is sharing INTO G+.

Right now it’s impossible essentially from any 3rd party experience. It’s 100% absent on iOS and possible only from the system share intent on Android which is great, but there’s much more … content we consume all around the web can’t easily find it’s way onto G+ from apps and extensions in the same fluid manner as, well every other social property.

More here – How to improve Google+ immediately | The Verge.

When I learned via The Verge that Twitter’s long rumored photo filters were live for Android, I loaded up the Google Play Store and updated my app to snap my first filtered pic. The experience was certainly functional, but that’s about it.

Twitter image with filter. Probably won’t use this much. twitter.com/atmasphere/sta…

I don’t ever snap pics from within the Twitter app to start so that makes it a long shot right from the beginning for my usage … That said, just adding a filter doesn’t really make a difference to limited sharing experience. Instead, Twitter seems to have released a very poor man’s Instagram – and right after Instagram decided to remove it’s twitter card-based sharing.

Unfortunately for Twitter, simply adding a filter to an image doesn’t change how sharing, discussion or notifications work within their system … all critical features elsewhere. Twitter is a very real time focused zone and that’s it’s real strength. There is limited if any threaded discussion (no real threads) and certainly nothing really orgainzed fashion at the core of the service either. By comparison, when I share a picture on Facebook, Instagram, PicPlz (now dead), Google+ or others you can create social engagement around that object. Twitter does make things easy enough to link to, but there’s no sense of activity on that shared piece and no real draw back to it from those who have engaged. Those last two pieces are what twitter needs to fix … Disposable stylized media was the easy part. 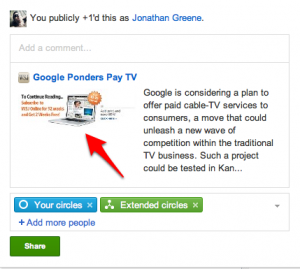 As a paying subscriber to the WSJ, I’d like to share some things I read with people. I do this from a lot of publications, but only the WSJ uses the social exchange opportunity to close the paywall.  Anyone who clicks on these links gets a very limited view and no way to read the full thing.    Pretty lame.

Thereâ€™s no shortage of options when it comes to uploading video, but lately a few sites have upped their game and have changed how Iâ€™ve been considering even where to upload.

It has been a while since I captured HD video, but I recently received the Flip MinoHD as a gift

and have been shooting a lot of clips again.Â  In my latest tests, Iâ€™ve tried Facebook, Vimeo, YouTube, blip, Viddler and Ovi.Â  Facebook and Vimeo are the clear leaders for streaming quality and the edge there goes to Vimeo.Â  Whatâ€™s more interesting though is how differently the services are used and why I think Facebook will win in the end.

If you have never worked with video, itâ€™s important to understand that sharing is a bit more complex than photos as anything you upload needs to be converted for flash which is how just about all web video is presented.Â  Shooting with the Flip is great as the files come off the camera already digitized as .mp4 files which means they can be uploaded straight away if you like.Â  You can also use a video editor like iMovie or Final Cut to add some polish though that really depends on your need.Â  In previous video work Iâ€™ve done, Iâ€™ve had to first import my footage from the camera (shot on tape) which is a real-time process.Â  If you shoot 30 minutes, you need 30 minutes to copy it over.Â  Once on your computer even if you choose to dump it right back out, you need at least the same amount of time (if you have a fast computer) to create a digital file which can then be uploaded for sharing.Â  The flip (and other digital storage based cameras) let you just copy the files over and get going right away.

So as I had started to say initially, Iâ€™ve been shooting a some new stuff since getting the camera last week and I was looking to share easily with family and friends.Â  Since Facebook offers some excellent control over who sees what, I went there first and uploaded a few clips.Â  Facebook recently updated their video offering and my HD (720p) video uploaded and encoded quickly.Â  I was actually pretty impressed with how quickly the encoding process took as thatâ€™s generally another real waiting point for most video sites.Â  The posted video showed up on my profile and in my feed and I was instantly sharing my vacation experiences.

Iâ€™ve been seeing a lot of video on Vimeo lately and wanted to test out their HD offer to compare and so I uploaded the same HD video again.Â  I also posted the video on Viddler, Blip (different video)Â YouTube and Ovi.Â  The differences became apparent immediately.Â  Every other site needed some serious time to encode the posted content and this time took anywhere from over 2 hours (vimeo) to overnight (youtube).Â  When my content appeared on Vimeo it looked awesome, but I was frustrated with the time it took to actually see it.Â  Iâ€™m not in a race to share content, but having to wait in line to even get the encoding going is quite frustrating.Â  Only Blip offers the original MP4 (believe at my preference) while the flash is being encoded which is very cool.Â  The negative is that MP4 files do not buffer or stream with the same ease across clients as flash â€“ regardless of what Apple says.Â  Ovi, by the way refused to playback my video â€¦

Vimeo is the only site that offers a premium option and I debated it for a day before going for the upgrade.Â  For about $60/year you get the skip the encoding queue and are offered better quality video playback, HD embeds (with 1000 plays), and a few other bits.Â  Right after I paid, I uploaded another video and I have to say it looks damn good.Â  Compared to the Facebook version there is noticeably less digital artifacting and the playback seems a bit smoother.Â  All is good right?Â  Well â€¦

While Vimeo offers the best playback and a community, the community aspect is minor compared to what Facebook delivers given the real connections and notifications within the FB system.Â  The quality is very good, totally free and if you make your video public able to be embedded on your blog or website which is a very interesting move by Facebook in itself.Â  Facebookâ€™s only real flaw is that there are no statistics available for content you share.Â  Thereâ€™s no way to see how many people have seen your video or photos which tends to be a currency on most media sharing sites.Â  Facebook is probably going to be the place you also first think to share video content much like people have been doing with Photos.Â  As I see it thereâ€™s no reason why not to use it.Â  TOS BS aside of course though that does seem to be behind us for the moment. I will likely continue to use a variety of sites and have signed up for Tubemogul which will let me upload a single (<100MB) file and have it shared across the sites I choose as a bonus I can see an aggregated dashboard for my views as well.Â  Except for Facebook â€¦

Facebook has long offered the ability to share links on your profile, wall or directly with friends though this feature seems to have taken a very nice social step forward.  I just noticed that you can now browse the off-site links while staying within Facebook as seen here: As you can hopefully see thereâ€™s a Facebook frame still holding the page in place which lets me continue to interact with my friend who has offered the content to begin with.  This is a terrific idea and itâ€™s seems very well implemented as well.