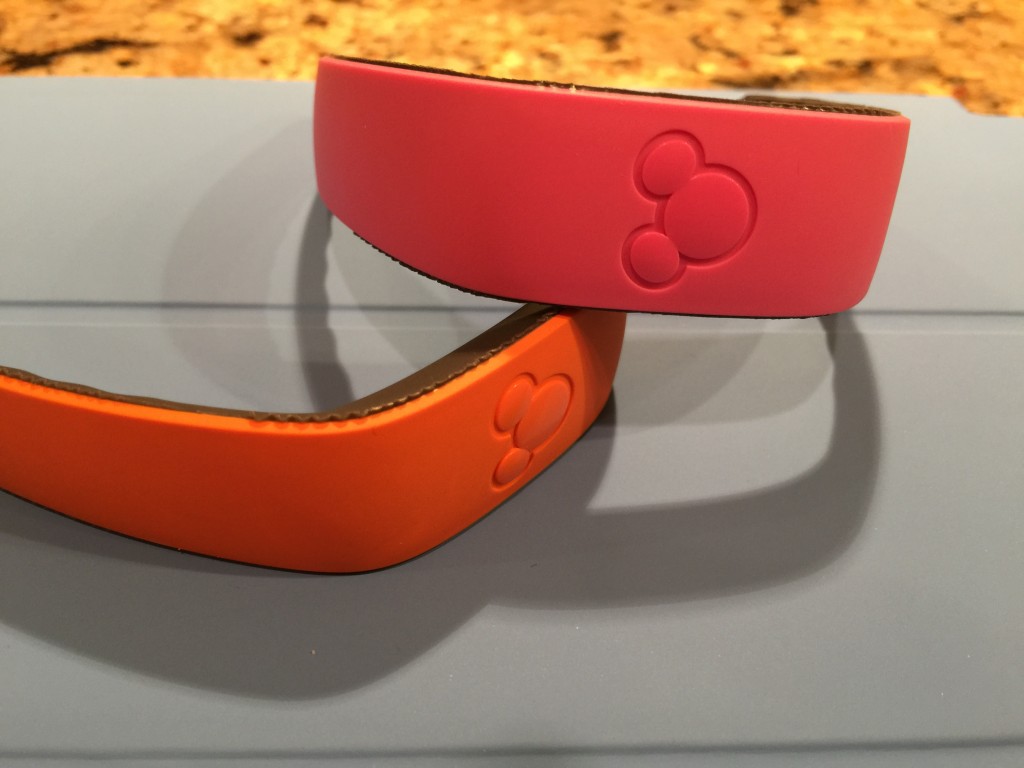 Imagine a world in which you easily pay without having to carry your wallet. You can manage who has rights to pay within your family and manage preferences easily from your mobile or web. Imagine the surprise and delight of being recognized automatically as you are  rewarded with personal content that regularly enhances your daily experiences.

All of this is available today, but so far only exists within Walt Disney World.  I’ve just returned from a family trip and the Disney Magic+ band was an amazing aspect of the trip.  The bands are linked to your account which tracks hotel and restaurant reservations, members of your traveling party and preferences you’ve set for things like FastPass+ or access to special events.  Once you are on site, the band serves as your room key, ticket to the park and FastPass+ gates as well as payment for just about anything you might consider.  I’ll get to the one (ok two) exception(s) I found in a moment …

My family arrived on Thursday and that day I carried my wallet as I always do along with phone.  It became clear very quickly though that the wallet was simply redundant and I left it in our room for the days that followed.  Entering the park is a simple tap on the sensor touchpoint which after a few seconds glows green to confirm you are clear to go.  Band wearers with payment capability are also asked to confirm their identity via a quick finger print touch for ID.  What’s interesting about that piece is that you haven’t previously conceded your print (unless you’ve been to the park previously though I doubt that’s used).  I’m guessing it’s used as a backup for a fraud check as you’d have a biometric print on file to review.

Inside the park, you can use the band to pay for anything you need or want along the way.  Food and souvenirs can be paid for with a simple tap and confirmation via PIN.  If a photographer snaps a pic of your family they can tap the band to map the image to your account. I noticed that the images were available within about an hour which is pretty amazing (and a bit unnecessary even) given the volume of traffic and level of activity the typical party has going on.  In restaurants with table service each server and many of the hosts have iPod touch or iPads with scanners mounted on the underside of the cases in which they sit.  When it’s time to pay / be ID’d the process is quick, painless and frankly a pleasure.

One of the more interesting aspects of the bands though is how you are identified while enjoying a ride.  At the end of many of the more exciting sites there’s a picture wall which shows you enjoying things … these images are automagically synced to your account as well!  While pretty much everyone runs over to enjoy the pictures, Magic+ users are informed the images are already waiting for them which is pretty amazing since there’s no action required.  The bands are RFID which allows them to be scanned from a bit of a distance … I’m not sure what frequency they run on, but it’s enough of a distance that you have no sense the scanner is nearby.  They enhances the impact of the images auto-syncing to your account.  While I did not witness this firsthand, I believe it would also enable Disney Cast Members (park and resort staff) to seamless wish people a happy birthday, anniversary etc which today is largely managed through buttons people proudly wear.

All in the experience was pretty excellent.  I did however run into two small glitches in the matrix.  The first was in a vending machine in our hotel.  The machine accepted bills and NFC payments, but not the Magic+ band which feels like a miss given the use in 99.99% of the rest of the park.  The other was when I had the concierge adjust and change a dinner reservation and was asked for my credit card to hold things.  This one was a surprise frankly as there was a card on file for our bands and rooms and really felt unnecessary – especially since payment for the meal out be managed through the band!

Quick note on the vending machine as well … As it offered NFC, I tried MANY times to get Apple Pay to work, but it failed and eventually took the NFC function offline (literally deactivated) after a few tries.  The machine actually suggested I use a softcard (ISIS) which was the first I’ve seen in the wild … after a trip back to the room for my wallet I was finally able to buy a bottle of water – with cash.

The Disney implementation of Magic+ bands shows how proper consideration can really deliver a high value, low friction experience regularly across quite a few use cases and is something I hope others will learn from.  When you can control the end-to-end it’s certainly easy by comparison, but it did cost Disney around $1 Billion to roll-out.  The best part was it was very clear that everyone around was able to use it, not just techie types.  Additionally and perhaps even more importantly while there’s a lot of complex technology in place, the experience was not technical but rather more personal and allowed more positive human interaction.