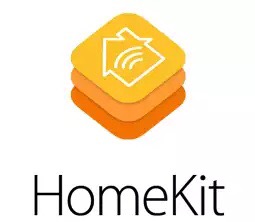 I’m an early adopter. I’ve had connected home products for almost 10 years some that have required professional installation and some more recently that I’ve installed and updated myself.

HomeKit provides a standardized framework for manufacturers that develop home automation products, letting them interface with the Apple ecosystem and with each other. Through HomeKit, connected devices like lights, thermostats, speakers, smart plugs, and more can be controlled by Siri. For example, HomeKit enables commands like “Siri, turn off my lights,” or “Siri, turn the temperature up before I get home.”

Though HomeKit was announced in 2014, it has taken nearly a year for companies to complete Apple’s certification process and get products ready for store shelves. Several companies like iDevices, Schlage, and Elgato have previously announced plans for HomeKit-compatible products, but until today, no products were ready to launch.

The first three companies to announce completed HomeKit-compatible products that will be available for purchase shortly are Lutron, iHome, and Elgato. Lutron is debuting its Caséta Wireless Lighting Starter Kit with Smart Bridge, while iHome is announcing its iSP5 SmartPlug, and Elgato is launching its “Eve” connected home sensors. Ecobee and Insteon also announced new HomeKit-compatible products today.

Sounds pretty cool on the surface, right? Wait until you get this stuff into your house. Have a partner or some kids?  Many activities aside from lighting timers are generally more complex and slower than simply taking a simple physical action. Recipes and macros are certainly interesting but tend to be a bit too complex for the average bear.

And the kicker is that things fail and get out of sync pretty easily. A binary switch that’s been flipped because someone in your house has already intuitively known how to turn lights on and off immediately kills your smartphone superpower. And get ready to re-sync devices on the network as things misfire.

Don’t get me wrong I love this stuff. I’m actually quite excited for a more open standard and believe that Google’s Brillo and Weave will assist here. Presumably Homekit devices will also work across protocol as many smart home products do today but again this stuff is far from bulletproof. I haven’t  seen anything from Apple that shows they’ve got the software and services chops to fix an array of devices hanging on the network. I’m certainly ready to be impressed …