Thanks to the power of Google and friends who care, this is now resolved.  Thanks to Varun, who found an amazingly helpful thread on XDA.  “Simply” remove Android Login Service from you Google Account Security settings. I had 9 in there and clearing them all followed by a restart on my phone and we are back in business! 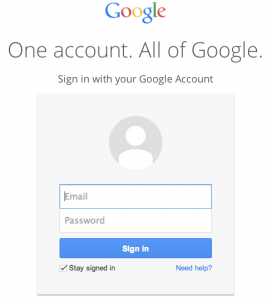 Last week I started to see my Google Account start to unwind itself and I don’t know what to do other than collect all my details and share so perhaps someone else looking around can benefit.  I’d seriously like to get this resolved, but don’t know who to talk to … I’ve called and spoken to reps within Google from both the Nexus and Glass teams as I wasn’t certain initially where things were challenged, but that’s where I’ve experienced the pain.

Since the problems began I’ve done a few hard resets on the Nexus 5 where I thought the initial trouble was, but discovered through some intensive trial and error that in fact it was my account.  After seeing Google Now completely fail to load (impossible activate, no left swipe on the Nexus 5) I tried initiating the device with a second Google Account and everything works just fine.  I’m still working this way today … but I made the (now critical?) mistake of changing my account password thinking that perhaps I’d been hacked in some way.  This led to a serious of consistent issues across everything else … Now It’s impossible to initiate ANYTHING with my Google Account.  I can’t sign into anything that’s not the web.  No apps, no ID sign-in.  My other devices (Nexus 7, Nexus 4) bounced on the password change and now I’m not able to re-connect with things I was using before … YouTube doesn’t recognize me, I can’t sign into my feed reader though an instance where I was previously authenticated works, but only on my Nexus 7.  Google Play and Wallet seem to be OK for the time being meaning I can connect to prior apps and authorize payments … but I can’t sign into apps like games for the social interactions.

I’m basically locked in place right now.  Someone likely needs to perform some account surgery to unlock this mess.  I don’t know where else to turn because I don’t know who to even ask.

14 Replies to “In need of some serious Google Account help!”